This new moon is a Total Solar Eclipse that has a number of wild and wondrous influences happening in concert with other celestial events. That means the shifts may grind at the mill of change, throwing off sparks and friction. For some that can cause distress. But if you roll with it and don’t cave-in under the pressures to conform, you can succeed where before you had failed. 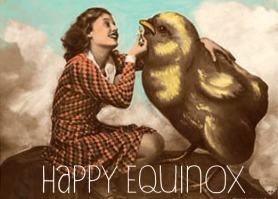 The sun crosses over the equator from the southern to northern hemisphere to mark our Spring Equinox. In the north this adds more light, longer days, and of course spring. In the south the fall begins, days get shorter and colder. This year the sun makes it pass over our equator just 13 hours after a total, solar eclipse. Because this moon (a super moon) is so close to Earth it will have a BIG effect on tides, emotions and larger-than-life, moments in time.

We’ve had two March Hare, new moons, in 2015. The first one came at just a wee one degree in the Hare sign during Pacific Standard time. Like a key stone it set a place. This 2nd, new Hare moon is a cap stone, a finishing point, at 29 degrees. It transcends time having sprung forward in Pacifc Daylight time. The doubling of the Hare; where two Hares are joined (the cat or rabbit) is always supremely, auspicious; or double-lucky. It may seem odd to begin a cycle at a finishing point. This takes a truly, imaginative mind to grasp such an advanced concept. Consider coronations and other forms of titles and entitlements, being bestowed, can begin things at a high note. This new moon crowns our efforts in magic. May you wear it well.

Saturn went retrograde motion on March 14th. Which means as a celestial body, Saturn spins backward in relation to Earth’s elliptical field of plane. The planet Saturn will return forward, direct on August 2nd, 2015. Before it does, it will have moved all the way back to the Pig sign at 28 degrees. Think of it this way; this is a slow-motion, time warp, a back-spiral to retrieve something of value. The Pig sign is the ultimate benefactor in life, it presides over the concept of luck and luckiness and is a key component in Taoist high magic. In Astro terms Saturn relates to sex, death and rebirth. I’m going to let you ponder this one awhile, since it’s truly a plot twister that is still unfolding.

The Dance of Venus | Johannes Kepler

While planet Uranus has Mars conjuring up mayhem in the Dragon, the Snake has our lady, Venus exalted and refined. Vensuian energy is quite the feminine curiosity. The elliptical patterns Venus makes are called a sacred rose in geometry or the dance of Venus. Known to the Babylonians as the “Bright Queen of the Sky” she has a truly spherical orbit and moves very slow. Venus is a sister planet to Earth. Dense acidic cloud on the surface and a low hum on the magnetic scale shroud this planet in mystery.

Here are your Lucky Stars for the all the zodiac signs.

Hare luck has a full house on deck with the Sun, New Moon, Mercury, Neptune and Chiron. This parade of celestial bodies holds a big, basket of generosity and reciprocity. While most people consider a Pisces mindset by its former constellation; this hyper, radical, Bunsen burner is home to a much bigger agenda than it is normally associated with. Often on the go and generally speaking, hospitable, the lofty Hare is a progenitor of themes that can fly off in many directions. To be lucky, go with it, not against it. Dragon luck goes from nothing to something in an overnight success. The cosmic bodies of the Sun and Moon flyby this sector as soon as the first eclipse ends. This begins a transit toward a whole new region of concerns. When the Sun and Moon enter the Dragon they arrive as a pair to join an intense, ongoing drama. Uranus is spurring Mars to conform with its alter ego of a uniform view, in a neutral world. The only problem is that it outlaws many forms of creativity and eliminates, suggestive femininity.

Snake luck has our lady Venus exalted like a trump major to carry us all, onward into a new realm of possibilities. While others seek sameness and repressed views of the norm, Venus is busting out of her shell and tearing down walls. This lady is not one to be held back or down by making everything square fit into a round scheme. Nor is she the least bit interested in being the same in order to please others. Though operating in slow motion this vibration is deliberatley different due to a higher sense of purpose.

Horse Luck is riding side-saddle, a tad off kilter. This means the overall luck factor, in proportion to what feels real, exhibits a tilt to the guild. Energy and power needs a spin on the ball. Nothing good comes from the same-old, same-old, pattern grid. That kind of being keeps us strapped to mediocrity and shackled to a harness that’s ill-fitting.The implied range of free will suggests a spill can upset the apple cart. A life altering event is just destiny that comes calling for an answer. So be ready for it.

Goat luck is a magnetic factor times ten and then multiplied to the nth degree. The golden moments in time you had waited for, have finally arrived. Now is the time to take that risk, ride that wave and storm the castle. Whatever you do will have power and greatness attached to it from the outset. The genius that is you, will be long applauded and never rivaled When you boldly go where the uneven path leads you. How to know where that is? It’s the place you’ve been going-on about, forever.

Monkey luck is getting the maximum benefits with the minimum efforts. Your lucky stars are supremely potent. Everything you do right now is tied to your wider success and bound for a greater glory. The luck stars are not stopping as this month gives way to yet another month of solid fortune making and then another month follows to break the bank with solid earnings that accumulate.  What you can do to earn this much ado about nothing, is to stay truly humble about your beginnings.

Bird luck is blazing a trail to a whole new world of its own making. The worst thing that can happen, may actually bring-about the greatest outcome. The trick is to not get caught up in between things. Think and do- in absolutes. If it is definitely necessary, then by all means, have-it but if its something you can do without, then be rid of it. Without a shadow of doubt, about it there is no more hunting and pecking; scratching around for a few morsels to make do with. The only thing you ever get is what you are willing to settle for.

Dog luck is the key to its own well-being. The key is to be, the eye of the beholder. That means, what you see, is what you get. Anything you focus your attention on becomes a reality. To stop things you don’t like happening shift your focus away from seeing them in a context you find distressing. Be keenly aware that what you “pay” your attention to, as it increases intrinsic values. To reduce a negative trend don’t allow yourself to just see bad in things; A kernel of good is also present when you look for it.

Pig luck has a bum steer and a raw deal that it just can’t come to terms with. The numbers look tough and hard to handle. Pigs can turn the ill fortunes in their favor. First get a tight grip on a mantle of power. With all forms of power come persistence and practice. Make a ritual practice of your power stance so you don’t get blown away by all the crap that comes at you. After the blow-back, the winds of change shift in the direction you hoped and prayed for. So don’t give up when you are losing because just as the tide turns, soon you’ll be winning. Rat luck now has the planet Saturn in retrograde motion. Saturn is the task master and time cruncher. He is all to ready to spill the beans on a bigger, back-story. This whistle blowing provides enormous value and credence to an unsolved mystery. The back tracking resolves a complex equation with a simple solution to untangle missed steps and provide halting measures that avoid future happenings. This is a rare kind of reverse reckoning that is long, overdue in accounting. 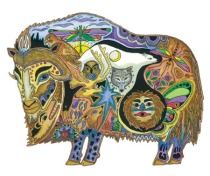 Ox Luck has fire in the hole with a blast from the past that just won’t let go. The part of fortune and the Ascendent are all in the same gravitational flow. That either puts money in the bank or takes a toll. Pluto the planet of fate sits evenly divided to tip the scale. For a limited time it takes into account a singular review for consideration. It says that a minority perspective is representative. What is good for one is good for all. So then by virtue, what hurts one, hurts us all.

Tiger luck is on a short leash to reign in any excess. You may be  tossing and turning, up all night through these maneuvers that are keeping you awake. The wee hours are opportunities for you to resolve the concerns that keep broiling over and over in your psyche. The ideas that keep swirling in the back of your mind can provide cost savings to your budget when you tune in on your intuition. Follow its lead and urgings and you’ll get a wink or two and a nudge in the right direction. 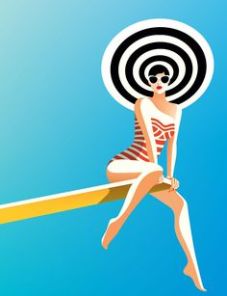