The New Moon and Sun conjoin at the outer rim of the chart bottom, this is sacred ground where they are unseen in a dark mode. The chance to share secrets is safe and an exchange takes place under the umbrella and blessing of the Mercurial couple Venus and Hermes at the end of the Pig sign.

Before we know it the quicksilver planet, Mercury turns retrograde motion and smashes into Venus. These kindred spirits do some fantastic bonding with super glue, as the dance they do becomes a rare Mercury-Sun transit, eclipse in November. Things are just getting started. For others this could be a life long burn that is seared into the Akashic records.

the Panorama of Nations… natives of peril and adventures. John Frost c. 1852

The Pig is chock full of the most vibrant chart features happening in the hidden recesses of chart, to strike gold, find treasure and relive the past with a do-over. Shadows of the Mercury retrograde will ripple as the transit of Mercury in the Pig passes between the Sun and Earth in such a way as to leave a lasting impressionism, a watermark, a stain. Pig rules over life, death, sex, rebirth and a whole host of valued assets like: royal dowries and monastic callings. It’s a life altering celestial event that reverses fortunes and returns lost property to long-lost, owners.

The Chart moves back to higher ground with Jupiter in the Rat and the cascade of planets in tow: Saturn and Pluto still locked in a battle for all ages. Neptune is a tad spaced-out in the Hare enjoying it’s leisure with a peak seasonal boost. In the outer bands Chiron and Uranus are transforming the landscape between the Dragon and Serpent. Lucky Horse gets a chunky, bankroll -or else, pays a high price for karmic, debts. The Goat still has the codes and Mars is burning hellfire in the Dog. At lot will change in the next few weeks.

Here are our Lucky Stars for the Pig New Moon and Sun, October 27th, 2019. This cycle is a wild ride as the planet Venus and Mercury collide as it makes a retrograde turn-back. Within a few weeks the Mercury transit will occur returning us to the same place, but in a different way.The old Stars are weak and even though the patterns don’t change until November 7th as cross over event will become evident. This can bridge the gap or expose a huge chasm. October 31st is Hallows Eve and All saints Day follows with Dia de Los Muertos (day of the dead) celebrations and rituals.

Stay tuned! Coming soon to Kittysol is a Full Moon on November 12th, but before we get there Mercury goes retro on October 31, Flying Stars change November 7th, and we have a Mercury Transit November 11th. Jam packed cosmic events brings unexpected storms so batten down the hatches for a wild ride. 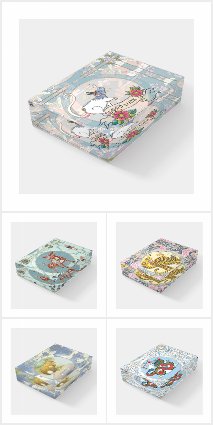 Give the gift of lucky, Eco-green! On this Pig New Moon and Sun we offer you stylish gifts of true luck! Keepsake, lucky paperweights: sold exclusively on Kittysol.com. Get the luck of your life that’s Eco friendly and be lucky, ever-lasting! It comes in a gorgeous gift box and each paperweight has a green, felt bottom. 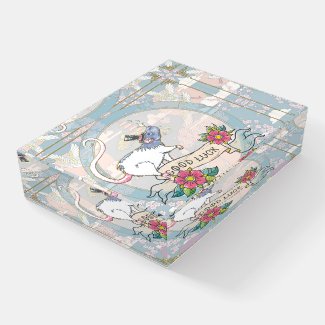 Planets and Aspects: Jupiter at 22 degrees is moving swiftly toward the exit. This cosmic event for the Rats and Sagittarians has bigger benefits coming forward, in time.

Flying Stars: Wealth Star 8 changes to the Danger Star 7 so acts accordingly with added protections and precautions. Use our lucky totems to protect and balance this down shift in energy. Avoid legal dramas and use this shift to trim the excess and reset the budgets and pare down, to preserve assets. 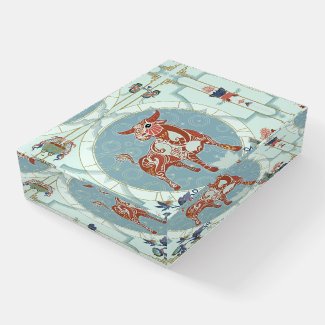 Planets and Aspects: Saturn at 15 degrees and Pluto at 20 degrees have hardly budged and inch; it’s like they are standing still in time. But they are not. Saturn has ta scythe that will yield results and as shear its way through the grand Duke, Jupiter will be coming. It feels like eternity but in due time, next year you reap a golden ticket, reward.

Flying Stars: Heaven Luck of the Victory Star 6 changes to the Icky Yellow 5 Star of Accidents. Watch your step, mind your manners and set your boundaries to make sure their is an offset to cover you in the short term. Give yourself an edge and tow the line. 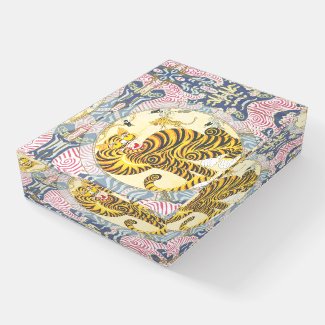 Planets and Aspects: Wears the Chart Crown at 25 degrees giving you a fast track to the target you’ve been aiming for. Don’t look back or change tacks, what you want is right around the bend, keep going.

Flying Stars: Heaven Luck of the Victory Star 6 changes to the Icky Yellow 5 Star of Accidents. Watch your step, mind your manners and set your boundaries to make sure their is an offset to cover you in the short term. Give yourself an edge and tow the line. 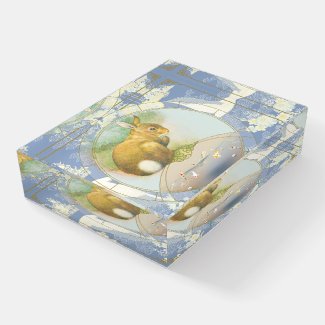 Planets and Aspects: Neptune is standing still, retrograde motion at 16 degrees and on the last moon cycle it was a rock bottom with craggy fissures. This cycle Neptune is Psychic central, beaming is riding high on a tower of power. Broadcast your fondest wish to seed your garden of delights with your gift of sight.

Flying Stars: Lucky Money and Miracle Star 1 takes small beginnings and parlays them into a 9 Ripening to extends your new life of grandeur is some part of your soul. The 9 Star can rapidly accelerate growth. 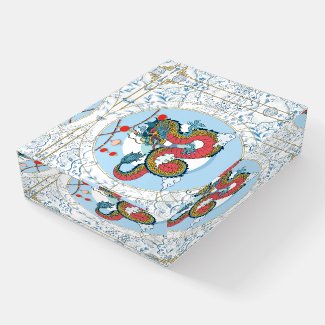 Planets and Aspects: Chiron is at 2 degrees retrograde turning back the clock on time. This is your lucky chance for a do over and a second coming of a Zeitgeist. Make the most of it, the tide is turning.

Flying Stars: Illness Star 2 becomes the Miracle 1 Star to restore you to new! Everything that seemed stuck and stymied will suddenly sparkle and shine, glisten and glide as you glow with the flow of this Great Divine. This bountiful star has lots of little, ways and means to tie things together for more love, money, and miracles; when and where, you need and want them most. It’s like a private gin (genii) with an elixir of immortality and a magic carpet ride. 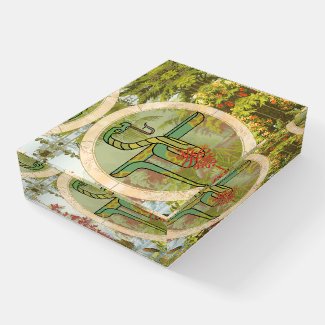 Planets and Aspects: Uranus at 4 degrees grinding the mill in the sky. This is important work that soon leads to magnificence on a scale that boggles the mind! Hold on as the seas shift and the tide swirls, you’ll be coming ashore in paradise.

Flying Stars: Illness Star 2 becomes the Miracle 1 Star to restore you to new! Everything that seemed stuck and stymied will suddenly sparkle and shine, glisten and glide as you glow with the flow of this Great Divine. This bountiful star has lots of little, ways and means to tie things together for more love, money, and miracles; when and where, you need and want them most. It’s like a private gin (genii) with an elixir of immortality and a magic carpet ride. 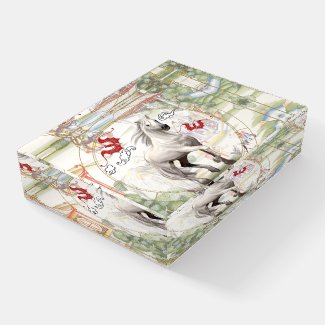 Planets and Aspects: Ascendant Horizon lands at 24 degrees with the Part of Fortune. In this exposition it can both ways: there’s hell-to-pay or money-in-the-bank, depending on which way the wind blows. Fortune can be fickle with a double-sided coin that can flip either way. Stay on the edge and you may benefit by both. This has legal ramifications written in the stars, so sign on the dotted-line or forever hold your peace.

Flying Stars: Danger Star 7 shifts polarity tor Winners Luck when the Heaven Luck Star 6 comes flying in, happy days are here again. You’ll be dressed for success with al;l the benefits as ships come sailing in to deliver the victory you have always wished for! To the 6 Star goes the spoils and you deserve it! 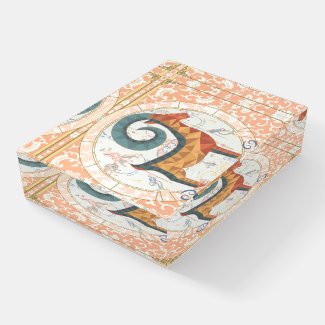 Planets and Aspects: The Node sits at 10 degrees looking like a cat that ate the canary. Know, what you think you know, by reviewing the process before you need to submit the work or ideas. There is a slight hitch in finding the niche you are looking for, so don’t give away the ghost. The secret passage way to the subterranean vault is there, let your spirit guide you.

Flying Stars: Good fortune Ripening Star 9 takes it fullness and pours it into your ever-flowing cup of good cheer, as the Wealth Star 8 arrives to deliver diamonds and pearls. When this star appears follow your favorite rituals and patterns that sustain you and celebrate success with a grateful heart and your generous, soul expanding. 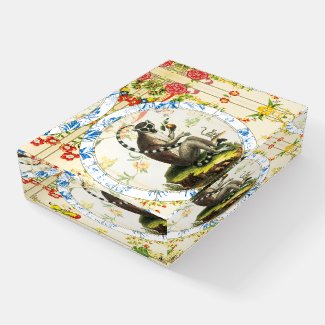 Flying Stars: Good fortune Ripening Star 9 takes it fullness and pours it into your ever-flowing cup of good cheer, as the Wealth Star 8 arrives to deliver diamonds and pearls. When this star appears follow your favorite rituals and patterns that sustain you and celebrate success with a grateful heart and your generous, soul expanding. 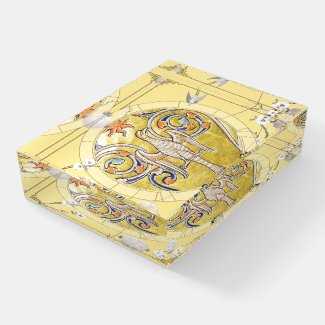 Flying Stars: Accident Star 5 becomes the Peach Blossom Star 4 to part the clouds of doubts that have plagued you as the sun beams through to bask in it’s glory once more! The Peach Blossom Star is great for promotions, achievements, passing examinations and making friends or just falling in love!! If the latter happens just keep your cool as Mercury makes a u-turn. If the vibe is right when the retrograde, coast clears and the ideal mate will still be, right where you are. 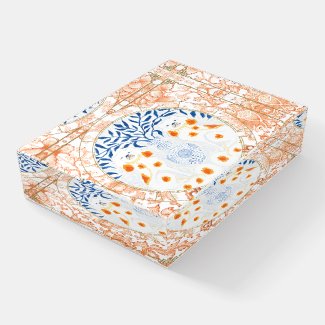 Planets and Aspects: Mars at 15 degrees has fallen behind the pack of celestial bodies moving forward and is taking no prisoners. This is an ungodly situation to be in and yet here it is. The justice you seek can be found in the good will you bank and the vibration you are using to send it. Mars can be overly focused on the old bones that have been chewed to death, when there is a banquet being served right in front of you. Let go of the ego’s need to control things and float on a wave of supported that rises to meet you.

Flying Stars: Peach Blossom Star 4 gives way to the gnarly, Fighting Star 3 which may have you saying more than is needed or offering information that is not helpful. When this Star comes flying make time to sort the overgrown brambles in your midst and pull the weeds to clear new ground; mind your bees wax, and keep a lid on your best ideas. Turn your remarkable creativity, inward. 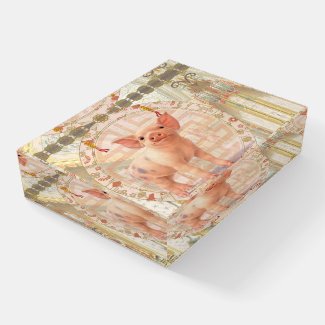 Planets and Aspects: The Sun and the New Moon glide through the under world of the subconscious, unseen and all powerful to enact a new chapter and not far-off on the other side of the Pig sign is a budding, romance between Lady Luck Venus at 24 degrees and and Quicksilver Mercury at 26 degrees. As Venus moves forward, Mercury goes retrograde and at 27 degrees the die is cast and they are bonded. The honeymoon will have to wait as Mercury sets sail for a destiny in the star for a transit that will alter fortunes, forever-after.

Flying Stars: Peach Blossom Star 4 brings lucky advantages, love luck and lots of social networking to advance your status. This is your chance to grow wildly, overnight into the success you’ve desired.

Cosmic Notes: the tail of October is a whopper with Mercury going retrograde as November begins. This mash-up sets the stage for a Mercury Transit on November 11th. Flying stars shift on November 7th but the motion is so static and strange you’ll feel the intensity, well before then. This Mercury Transit happens only 13 times per century and the last one happened in November 2016. It has the  power to go back in the past for a do-over, to fix a mistake or flaw, that needs repairing. Mend fences and steer clear of defenses so you can release all resistance. Comebacks and do-overs are now in season.